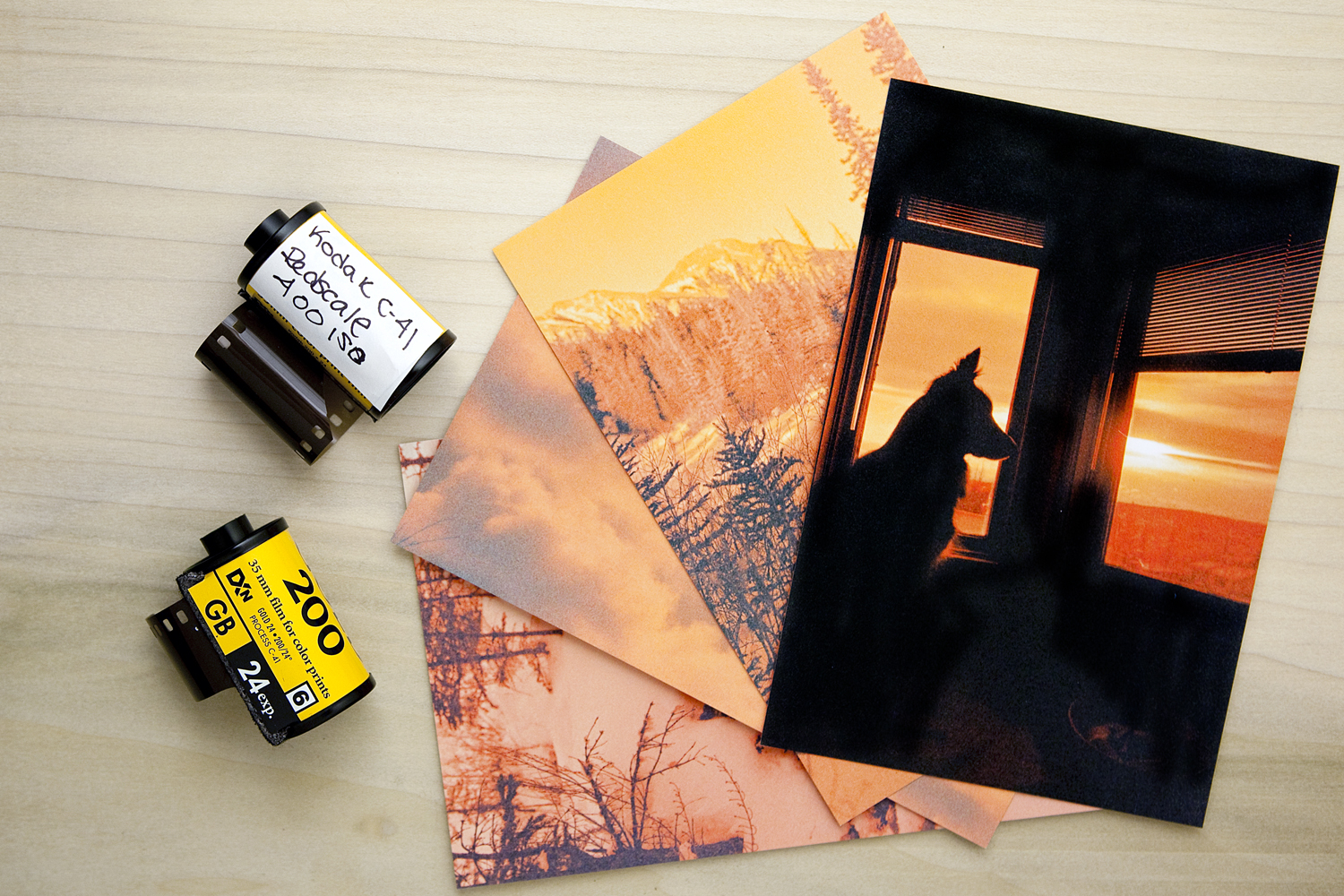 Alright, budding film photographers out there. We have to have a talk.

Through my work at the photo lab, I see all sorts of film come in and I’m happy to see so many of you experimenting with different film types and effects. This is how we grow as artists!

But I’m seriously shaking my head at those of you who are shelling out $10+ for rolls of redscale film. This is the easiest DIY in the world and if you want to have fun with film, doing things the DIY way takes it to the next level.

For those of you who haven’t experimented with this type of film yet, redscale film refers to the reddish tones images take on when colour negative film is exposed through the wrong side. Generally, when we place a roll of film in a camera, the emulsion side (the light sensitive side) faces into the camera, behind the lens. For a visual of the different sides, the emulsion side is on the right of the photo below: 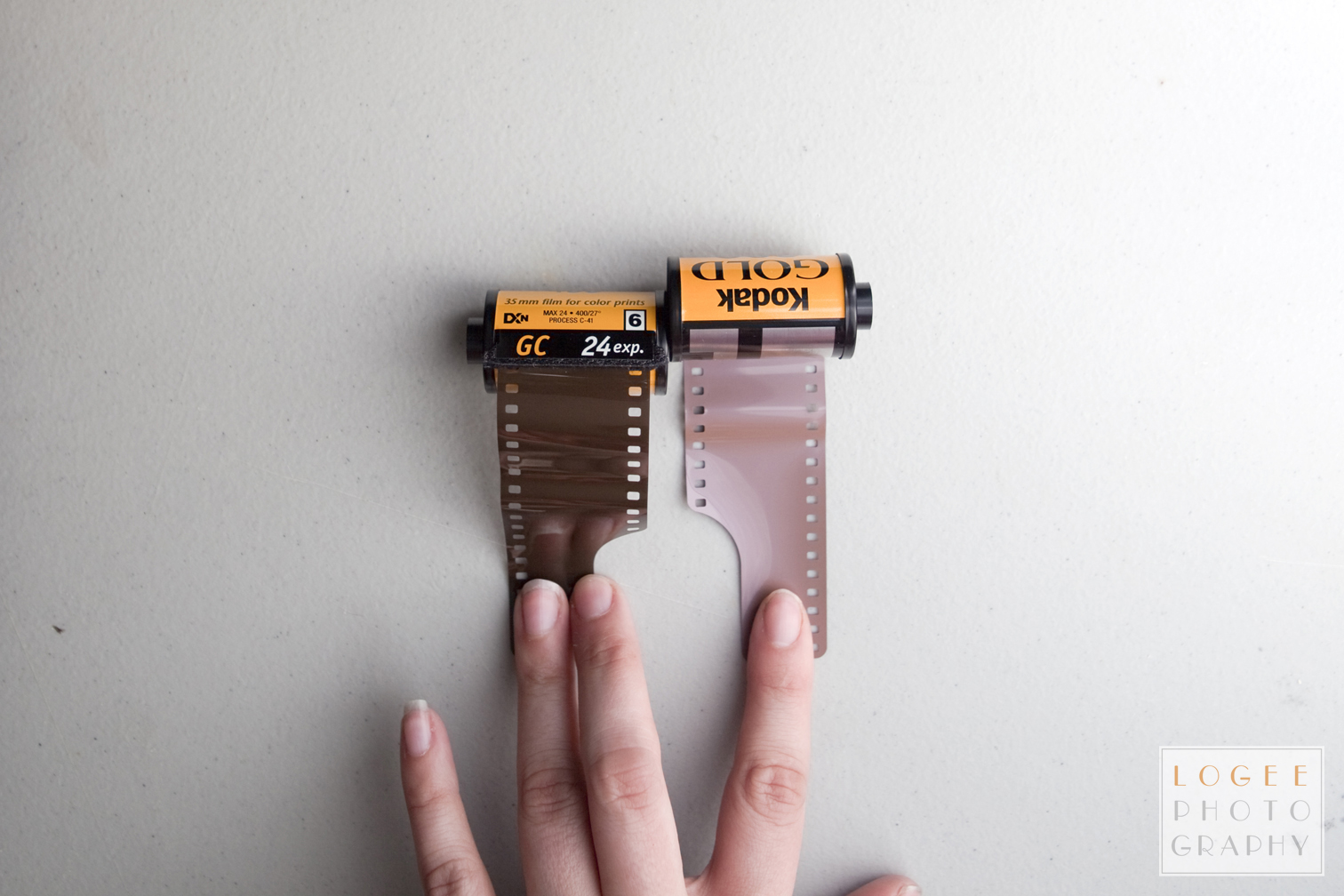 When we make and use redscale film, it’s exposed through the base of the film, with the emulsion side facing the photographer instead of the lens. This changes the order the layers of film are exposed. When you shoot film normally, the red layer of film is usually exposed last, but on redscale film, it’s exposed first. This causes the film tones to shift, with reds and yellows being emphasized over greens and blues.

It’s perfect for recreating a Martian landscape or a post-apocalyptic one!

* Head over to your local photo lab and ask them if they’d mind giving you a spent film canister. These are usually sent out for recycling (unless that lab is environmentally unfriendly, in which case, switch labs), so they shouldn’t mind giving you one or two.

** A dark bag is one of the best tools to have in your film photographer tool-kit. They are inexpensive online and very convenient. If you’d prefer to save your money on this very useful and much recommended device, you can make a dark room in a pinch by closing yourself off in a room that doesn’t have any windows. Hang a sheet against the back of the room’s door and stuff cloths in any light sources to prevent fogging your film.

*** Please, please, please do not use duct tape. Your photo lab will be right to reject any film you bring in that has weirdo tape on it. If you want to be super photo lab friendly, pick up a roll of splicing tape. Otherwise, plain old Scotch Tape is best. No electrical tape, no masking tape, no washi tape! Random glues are bad for film processors. Don’t make extra work for your local lab tech. 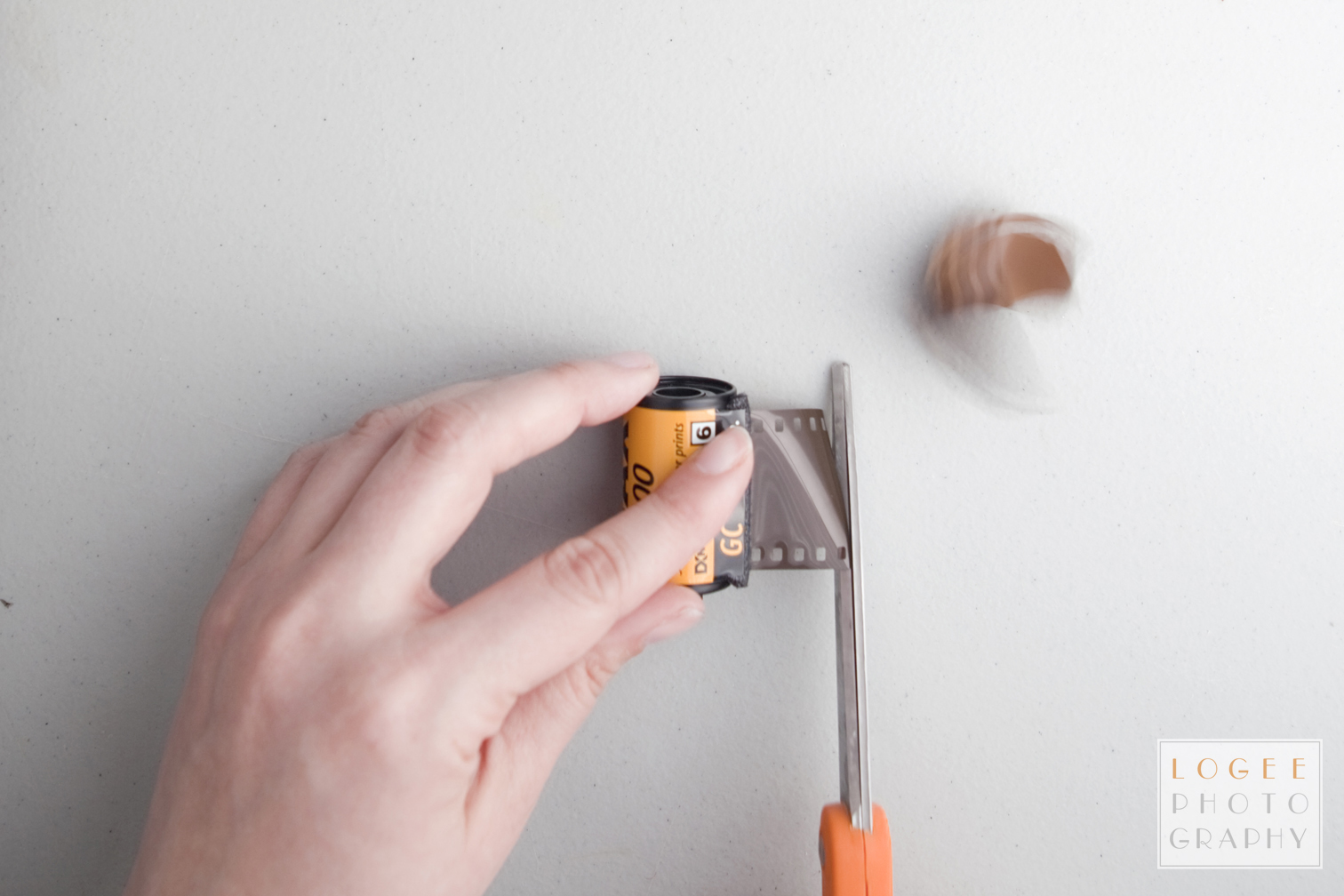 Cut the leader edge of your unexposed roll off so you have a straight edge.

Line up the newly-trimmed edge of your unexposed roll with the edge of the film sticking out of the empty canister. Be careful, this little slice of film rolls back into the canister easily.

Tape the two edges together.

Place the connected canisters into your dark bag and grasping the empty canister, roll the protruding part on top until it pulls the unexposed film inside. Since you’ll be flying blind on this one, take a look at the photo above. If you put your hands in the same position, your right hand will turn the top of the film canister counter-clockwise (towards you).

Keep going until the end and remove from the dark bag. Cut the film canisters apart. If you leave a small strip of film on the now empty canister, you can use it for your next roll of rescale.

You’ll need to make a new leader edge for the film in order to load it properly. Using the leader you trimmed off in Step 1 as a template, cut along the edges. 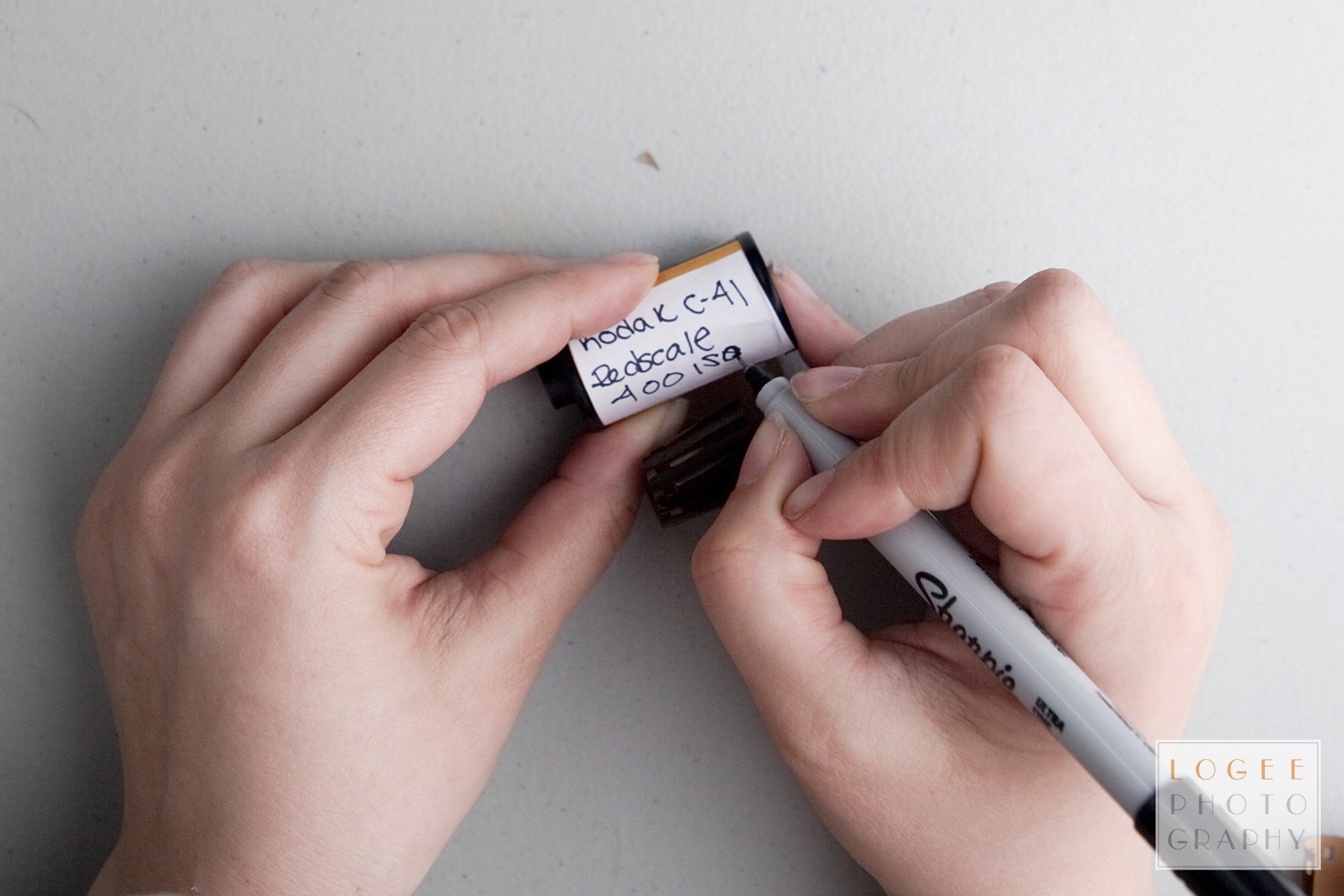 Chances are the film you rolled into the empty canister doesn’t match the film type marked on the side. With a permanent marker, write down the ISO, brand, number of exposures, and film type (C-41, Slide, etc.) on the side. You lab will need this information to develop the film properly, so be sure to let them know to go by your markings and not what’s factory-printed on the canister.

Step 6: Use your new redscale film!

Load the redscale film into your camera and adjust your camera’s meter to match the ISO of the film inside. There is one very important thing to note: since the film is being exposed through the wrong side, you need to make some exposure adjustments. Overexpose all shots by 2 stops and your film should expose properly.

Also keep in mind that since you are shooting through the wrong side of the film, your lab will deliver reversed photos to you unless you tell them to reverse everything. When we scan negatives, most professional scanners will scan with the emulsion side of the film facing down. If you like the reversed film with the red apocalyptic look of the film, then I say don’t worry about it!